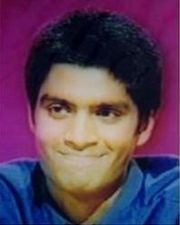 Richard qualified for the series finals with 6 wins, including a top score of 73 against David Parfitt. He beat Nick Buttle in the quarter-final and Terry Knowles in the semi-final on his way to the Grand Final against Kate Ogilvie, and lost against her by just two points, 83 – 81.

Saldanha was not invited back to the Championship of Champions X due to it being a shorter tournament than usual, but was later invited back for a special rematch against his series winner which he also lost, this time by 9 points.