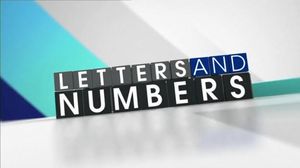 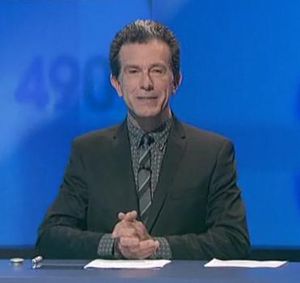 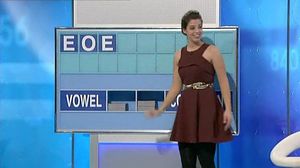 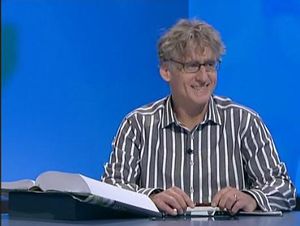 For the types of segment on Countdown, see Letters round and Numbers round.

Letters and Numbers is an Australian version of Countdown. It originally ran from 2 August 2010 to 27 June 2012 on SBS One, having been repeated in its entirety since, and is the third English-language version of the show so far. The name Countdown was not available for use by this adaptation, as in Australia that name had previously been used by a pop music programme. It was adapted from Des chiffres et des lettres in the same way that Countdown was in 1982. The host was Richard Morecroft, the lexicographer was David Astle and the arithmetician was Lily Serna.

In 2021, the show returned with three celebrity contestants competing in a series of standalone episodes, with new presenter Michael Hing replacing Morecroft; Astle and Serna transferred.

On the Australian show, daily champions were capped at six wins instead of eight, similar to the viscounts of Series 46 of Countdown. Letters and Numbers series, rather than having their start and end dates defined by calendar months, were always arranged to include exactly 100 shows, with each one consisting of 93 preliminaries (heats) followed by a 7-episode knockout finals stage similar to Countdown's, though sometimes with different seed combinations in the semi-finals. Winners of each series received a hard copy of the Macquarie Dictionary, against which all words on the show were judged.

The show's original run comprised 443 regular-play episodes (including four 100-show series, each lasting roughly four months), followed by a Masters tournament (analogous to a Countdown Championship of Champions; unrelated to the morning Countdown Masters programme) comprising all four previous series champions, three runners-up and a semi-finalist. This event was won by the Series 4 champion Sam Gaffney.

On the Australian version's numbers games, 2 large and 4 small numbers (known as the "Family Mix", as the 2 large numbers were analogous to a pair of parents) evolved to become the most common selection, in contrast to the British show where 1 large and 5 small is most popular.

Many, many thanks are due to the author of the blog http://playinglettersandnumbers.blogspot.com/ and its author, Geoff, without which none of these results would ever be available.