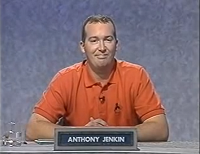 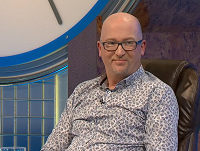 Anthony Jenkin was an octochamp and finalist in Series 31 and a contestant in Series 78.

Jenkin is one of just 4 people to have won a game with the extra intensity clock music. Upon his readmission to the show in 2018, he also became the first octochamp to be invited back for a second Countdown run. Unfortunately for Jenkin, his "second début" would prove to be his last show, as he was pitted against Zarte Siempre in the final game of Siempre's 967-point octorun.