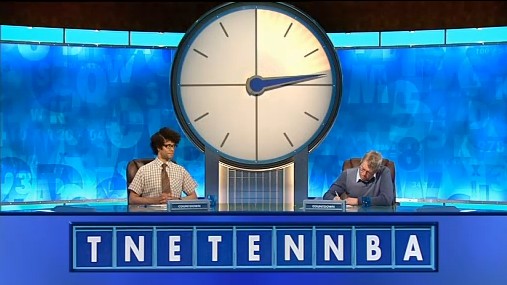 The clock music in a comedy sketch, featuring future contestant Richard Ayoade playing one of the contestants.

The clock music is the famous 'think' music which is played during the rounds, giving time for the contestants to think of words and numbers solutions. It was composed by Alan Hawkshaw and it is claimed that the tune came to him during a trip to the lavatory.

In Series 31, an extra intense remix of the clock music was introduced that gave out 3 dramatic notes 3 times during the clock music, of which sounded during 4–7 secs, 12–15 secs, and 19–22 secs. This was changed after just 12 episodes after millions of people complained that they couldn't think. Glyn Wigley, Dominic Moyes, Maria Thomson, and Anthony Jenkin are the only people to have won a game with the jazzed up clock music.