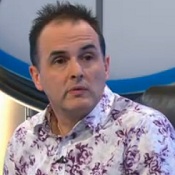 Carl Anderson was a contestant in Series 68.

Anderson's score of 7 is the joint lowest score by a contestant in the "old" 15 round format, and was achieved on the final show before the show's format was altered in the following show, thus also making Anderson the last challenger to have ever chosen the selection for a show's third numbers game.