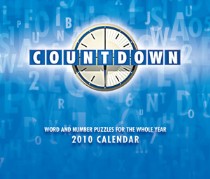 The Countdown Desk Calendar is a yearly calendar originally produced by Infocado and now Carousel Calendars, and based on the television show Countdown. First published in 2007 (for the year 2008), it originally had 365 pages (366 on leap years), each with their own two puzzles; a letters round or a numbers round, plus a conundrum. Answers are revealed on the following day's page. Since the 2019 calendar, the weekends have been combined on one page, meaning only 12 new puzzles are given each week instead of 14.

The puzzles were originally designed by Series 51 champion Stewart Holden until 2019, when he was replaced by Series 46 champion and COLIN founder Ben Wilson for the 2020 calendar onwards. 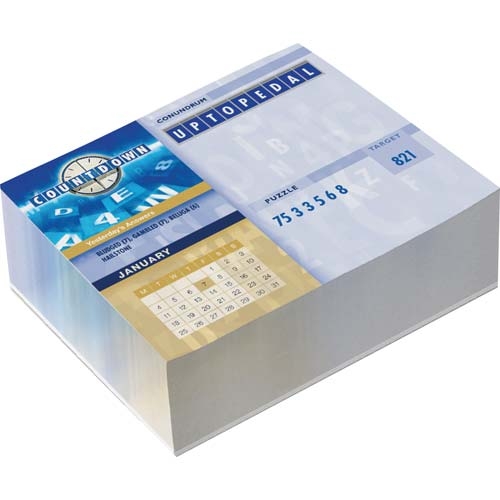 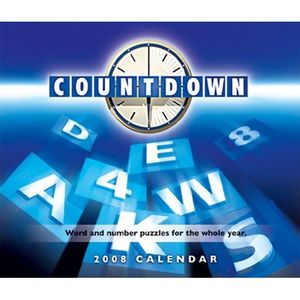 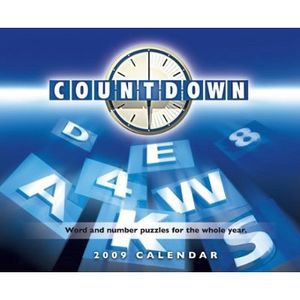 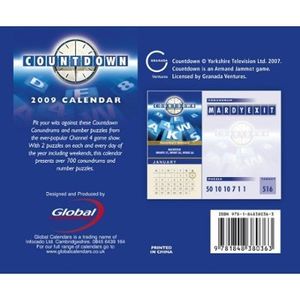 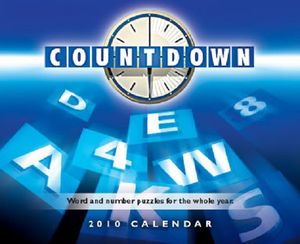 Different image of the 2010 Edition 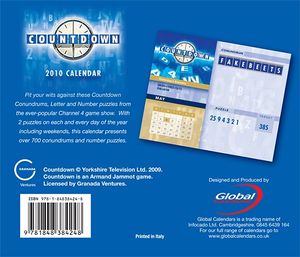 Back view of the 2010 Edition
Retrieved from "https://wiki.apterous.org/index.php?title=Countdown_Desk_Calendar&oldid=143402"
Category: