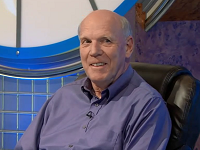 Retrieved from "https://wiki.apterous.org/David_Law"
Categories: Contestants in Series 81 | Teapot owners | Finalists | Octochamps of the 15 round era