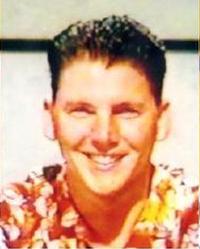 Derek Coombs was an octochamp in and the runner-up of Series 20, and a participant in Championship of Champions VI and the Supreme Championship.

He first appeared on Countdown on 16 July 1990, beating his opponent Richard Hooke 42 – 37. He beat a further seven opponents to become the only octochamp of the series, and duly returned for the final rounds as #1 seed. (In Coombs' seventh game, he scored 72 points, which was the highest score of the series, even including the 14 round grand final.) After inflicting a heavy defeat on Denys Hollis in the quarter-finals and beating Maurice Binks in the semis, he faced Liz Barber in the final. Trailing by one point going into the conundrum, Coombs buzzed in on 18 seconds and looked to have won it, but his answer was incorrect. Barber also answering the conundrum incorrectly later on proved to be academic - Coombs had lost the game, and the series, by a single point.

Coombs would return to Countdown once more in 1996 for the Supreme Championship, where he was beaten in the first round by John Clarke.