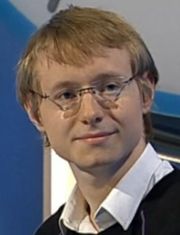 James Hall was a contestant in Series 64 and 65. He is an Apterite and is a member of C4Countdown.

On 8 October 2012, he appeared on Only Connect with Neil Zussman.