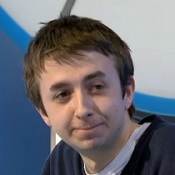 Joe McGonigle was an octochamp in Series 68.

Despite never scoring a century during his run, McGonigle returned for the finals as number 4 seed and achieved his maiden 100+ score in the quarter-final when he defeated Sam McElhinney in a game best remembered for a special guest surprising Rachel Riley on her 1,000th show. McGonigle's run ended when he was defeated by Giles Hutchings in the semi-final.