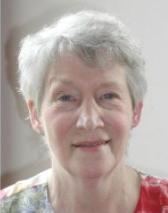 Kate Surtees was a semi-finalist from Series 37.

She first appeared on 10 October 1997, beating Janet Nelson, and won a further six games before losing to Brett Smitheram, and was thusly denied the chance to become an octochamp. Returning as #1 seed for the finals, Kate beat Janet Nelson for a second time in the quaerter-finals, before losing to Christine White in the semis.

Kate returned the following week for Championship of Champions IX, but was beaten in the first round by Harshan Lamabadusuriya.

She is also a competitive Scrabble player.