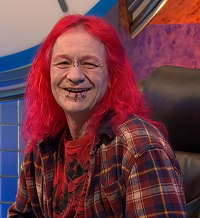 Steven Etherington was a quarter-finalist in Series 86. He was a Warehouse Operative from Skelmersdale, but originally from Liverpool.

Etherington appeared in the last six heats of Series 85 before it broke off for the finals and returned for his seventh game in the first edition of Series 86, which he also won, but missed out on becoming an octochamp the following day after a narrow defeat to Daren Barnes. With 7 wins under his belt, Etherington eventually qualified for the series finals as No. 7 seed in December 2022. Although his sixth game was pulled from broadcast shortly before airing, its score is known to be 88 – 57, thus giving him a total of 733 points in the heats.

In the second quarter-final match of the series on 16 December, Etherington was eliminated by No. 2 seed Edward Byrne, with Ed pulling out spots such as VERITY in Round 5 and ALLSPICE in Round 13, although Steven did take some points with WHALES in Round 10. This left Etherington with a total of 767 points, and meant that both of his losses were to Octochamps.

Etherington is the son of two-time contestant Peter Etherington, and both appeared on the first series of Fifteen to One; Steven also applied for another Anne Robinson-fronted quiz show, The Weakest Link, but did not get beyond the audition process.