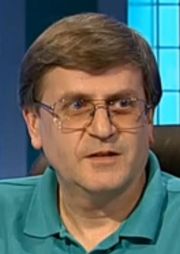 Tony Atkins was a contestant in Series 64. He is from Earley and a member of the British Go team.

He is also an Apterite, known for the Standard Method, and made his CO-event debut at Co:Lon 2011, and subsequently attended COHUD and CoChest2 in 2012, and various others since.

In 2012, he hosted his first CO-event, Countdown in Reading, which was won by James Robinson. He has hosted it each year from then on and has also hosted Countdown at the Mind Sports Olympiad (CO-MSO) from 2017 on.