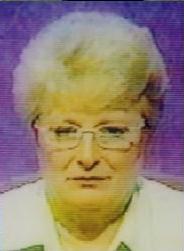 Geraldine Hylands was the runner-up of Series 45 and a participant in Championship of Champions XI.

She first appeared toward the end of the series, and won the final seven heats of the series to enter the final stages as #2 seed. She beat Craig Richardson in the semi-final (there were no quarter-finals due to it being a shortened series), but lost to John Rawnsley in the final, Geraldine's weakness at the numbers game being her undoing.

Geraldine returned for Championship of Champions XI in 2003, but was narrowly beaten by Ben Wilson in the first round.