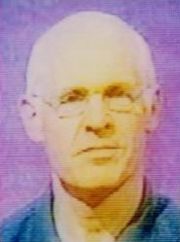 John Rawnsley was the Series 45 champion.

He first appeared on Countdown on 19 June 2001, beating Bruno Murray 40 – 37 in the penultimate heat of Series 44. John won his next game, and after standing aside to allow the final rounds of Series 44 to take place, continued his winning run at the start of Series 45. He would eventually lose his 8th heat at the hands of Jim Hopkins, but his 7 wins were enough to see him returned for the final rounds as #1 seed. As Series 45 was shorter than a normal series, there were no quarter-finals, so John was entered directly into the semi-finals against Phil Bennett, a game he won 56 – 43 to earn himself a place in the grand final against Geraldine Hylands. The final always looked to be going John's way, as Geraldine dropped 30 out of 40 points on the numbers games, meaning John ran out the 90 – 63 winner, and became the 45th champion of Countdown. John also had the distinction of being the last ever champion of Countdown under the old 9 round format, and he also won the last ever 14 round game.

John would return for Championship of Champions XI at the start of 2003, beating Kevin McMahon on a crucial conundrum in his first game and seeing off the challenge of Rupert Stokoe in the quarter-finals, before losing to Chris Wills 120 – 88 in the semi-final.