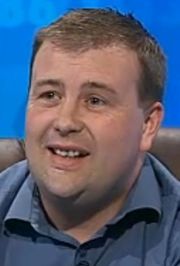 Having lost to eventual runner-up Eoin Monaghan in series 63, Shaw returned six years later to complete an octorun with 774 points, including four centuries. Having qualified as number 5 seed, he was promoted to no 4 due to the withdrawal of Annie Humphries (who had scored one point more than him). Facing off against the new no 5 seed Andrew Fenton, he was defeated on the crucial conundrum HOLESPURT.