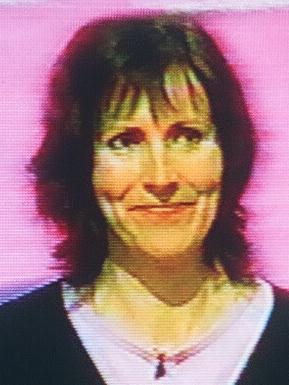 Nicole Hutchings was a finalist in Series 51.

She qualified for the quarter-finals thanks to 4 wins, and a top score of 102. After losing to future octochamp Nik Von Uexkull, she met #1 seed Stewart Holden in the first quarter-final. The game was extremely close, and Holden only pulled away in rounds 11 and 13 with PENTODE and MANICURE. This left Hutchings unable to win, but she did register a century by spotting the conundrum COCKATIEL. Prior to the Series 78 final, 105 was the highest losing score in a quarter-, semi- or final.

In 2012, she appeared at her first CO-event, along with her son, Giles.