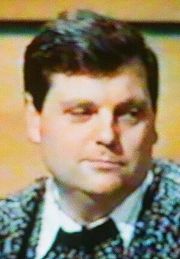 Pete during his Masters stint. 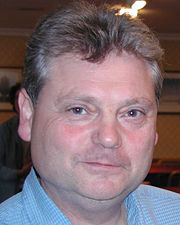 Peter Finley at a Scrabble event a few years later.

Peter Finley was a finalist in Series 2.

He won just two games, but it was enough for him to make the series finals, eventually falling to Norma Nicholson by 12 points.

From Sunderland, he was a well-known member of the Association of British Scrabble Players who held Grandmaster status and represented England at the first ever World Scrabble Championship.