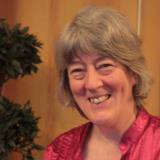 Phyllis “Phyl” Styles was a contestant in Series 65.

In 1970, she was a contestant on University Challenge, representing the University of Southampton.

A very brief and undistinguished appearance on Fifteen to One with William G. Stewart was preceded by two successes on Paul Coia's Catchword after which she retired as undefeated champion at the end of the series, not being permitted to continue her run into the next.

In 2012, she attended her first CO-event, CO:REA, along with her daughter, Heather (who appeared was an octochamp and series runner-up in Series 67, a year later). She then attended CobliviLon and CoChest2 later in the year.

In July 2016, Styles appeared on Series 12 of Only Connect as part of the "Verbivores" team alongside fellow Countdowners Graeme Cole (Series 65 champion) and Tom Cappleman (Series 72 champion). They went on to win the series in April 2017. They subsequently lost a one-off "Champion of Champions" special on 3 January 2020.