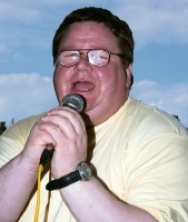 John Hastings on The X Factor.

John Hastings (born 14 January 1973) was the runner-up in Series 42. A Community Radio presenter from Workington, Cumbria, he famously said "I'm running out of shirts because I'm doing so well." Known for his unrecognised ability to do difficult numbers games, he had a close non-octochamp run to the runner-up spot of the series.

The first rounds he participated in were not successful as his opponent, Margaret Shuttleworth, pulled out a 13 – 6 lead by Round 2. The rest of the game saw Hastings claw back that lead and drew until Round 6, where the 7-point lead opened up again. In the next round, Shuttleworth lead by 14-points. However Hastings then showed some material that would lead him to be the runner-up. He solved an extremely difficult numbers game that hinged on getting 33 to multiply by 25, then taking away 5. This was a brilliant performance, as he got the target bang on. Going into the crucial conundrum, the score was 43 – 39. Hastings unraveled SEXIPETER in just 3 seconds.

Friday was to prove as Hastings' easy day. He waltzed through the very rude first round, where upon Richard Whiteley went to look up Sue Kennedy's word GONADS. As if that wasn't enough, Hastings declared NOSEGAY! A straight-forward run from hereon in would mean Hastings would play the brother-in-law of the Mayor of Sunderland, Les Noble.

However, Monday was Hastings' day of reckoning, as Noble and Hastings started with SETTLE and NESTLE respectively. However in Round 2, Hastings managed to get a 7-letter word to Noble's 6. This 7-point lead stayed with Hastings until Round 6 when Noble slipped an L in Hastings' word BOATER. Then Hastings' got 7 points of a difficult numbers game which left the scores at 49 – 42 going into the conundrum SAYINGMUM. No-one said Mum, so Hastings had won again by the skin of his teeth.

The game started with sad words; he PULLED out the sad words TRAGIC and SPRAINED, however his opponent, Joan Bullock, matched him, and eventually she led in Round 4 when Hastings failed to realise 100 + 1 would be the answer to his problem. He SLOTTED in some 7 points in the next 2 rounds, and then, probably thinking of Monday, came up with WEAVERS, to beat Bullock's FEVERS. An easy numbers game followed and left Hastings needing to get the conundrum RINCOROOS, which he got and won by one point.

Hastings' penultimate preliminary win started with him losing by 5 – 12. This 7-point lead stayed with Vic Fisk throughout, then Hastings missed the nine LIGATURES. Still 7 points down, once again, it hung on a crucial conundrum. He solved FITESDIET to win the game and a place on Thursday's show.

Richard Whiteley anticipated octochampdom for Hastings. Thankfully Hastings bulldozed the first half to lead by 23 points. Calum Pearson couldn't compete and lost by 29 points. Octochampdom was a real possibility.

This was deadlocked all the way through. No one ever led, until Jane Wheeler solved the conundrum GARRYQUIN, of which Hastings was just behind on. Hastings' dreams seemed to have been over.

2 months later, he was back in the studio and faced number 4 seed, Rodney Marrison. Marrison had a reputation as he had beaten Hastings' adversary, Jane Wheeler. Marrison then scored a further 6 wins; one more than Hastings. As in Hastings' last preliminary game, the scores were deadlocked from start to finish. The conundrum, SUMORINGO, could not be solved, meaning another conundrum was put into the works. FORMYLUNI was revealed and 2 seconds later, Hastings was in the semi-finals.

The pressure on the number 5 seed was clear as he would be facing number 1 seed, David Ballheimer. Hastings first had a disallowed word in his Countdown experience in this match when statlier ☓ was disallowed. This left Ballheimer with a precious 7 points in his pocket. Things got worse for Hastings as in Round 5 he went blank and could only see FANGS. Ballheimer was not put off and spotted ENGAGES. However, Hastings had learned a few tricks from his defeated opponents, and slotted an R in Ballheimer's word DOSSIER. This reduced Ballheimer's 14-point lead to 6. The next round saw them in a bit of a PICKLE, but that was the maximum. Hastings then produced a 3-away on the numbers game to Ballheimer's 7-away. With a 1-point deficit, Ballheimer panicked as the clock ran out on the conundrum RUPHCIDER and had a wild guess at the 10-letter word harpicuder ☓ and Hastings was through to the grand final to play the number 2 seed, Michael Calder.

It later transpired that Calder's conundrum SCRAPHEAP was not valid, as it is 2 words. With this controversy in mind, the 2 players got down to business. The first round prompted Hastings to risk the blatantly obvious boomingly ☓ but Calder could achieve a valid nine, MYOGLOBIN. The 18-point lead was a tall order for Hastings, but he clawed back some points when Round 4 produced no vowel but E. Prompting Calder to risk the invalid 7 recence ☓, the simple NECK helped Hastings to reduce the deficit to 14 points. The deficit increased to 24 points after the first conundrum, QUIZGENES. By Round 12, Hastings would need to get a nine, get at least 5 points of the numbers and solve the conundrum.

It was a tall order to make up the 31-point deficit and unsurprisingly, the deficit was increased to 39 points with 2 rounds to go. Hastings would only be going home with a £500 book voucher. Calder achieved 101 points, but if it was any consolation to Hastings, he had lost by a mere 30 points. He never really recovered after the start, so it was down to Calder to take home 20 Concise Oxford Dictionaries of the 9th edition.

Hastings has since appeared on The X Factor and The Weakest Link.

* includes 10 points from a tie-break conundrum
Retrieved from "https://wiki.apterous.org/index.php?title=John_Hastings&oldid=147050"
Categories: