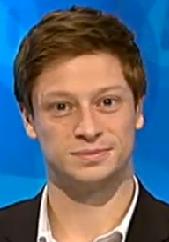 Carl Williams was an octochamp and runner-up of Series 65.

Williams' eight heat victories included his controversially solving the crucial conundrum in his 2nd game with a quarter of a second to go. However, in his next heat he showed his potential by spotting two nines to achieve his high score of 116. He returned to the finals in December 2011, with his 708 points qualifying him as the #4 seed.

After sweeping aside the #5 seed, Jayne Wisniewski, fairly easily in his quarter-final, he caused a major upset by knocking out the #1 seed and hot favourite Mark Deeks on a crucial in his semi-final, with ADJUST and ADOPTERS being turning points in his favour. This brought him to a grand final against #2 seed Graeme Cole.

In a tense game, which went back and forth, Williams was ahead for a stretch. However, Cole recovered with ELUSION and a final numbers solution where Williams had none. Williams was 10 points behind going into the conundrum, but solved TIMEUPLAD with 4 seconds to go, to set up a second one. However, this time, Cole was too quick for him, unravelling VAANGELIS in 2.5 seconds to become the Series 65 champion and relegating him to the runner-up position.

* includes 10 points from a tie-break conundrum
Retrieved from "https://wiki.apterous.org/index.php?title=Carl_Williams&oldid=127134"
Categories: