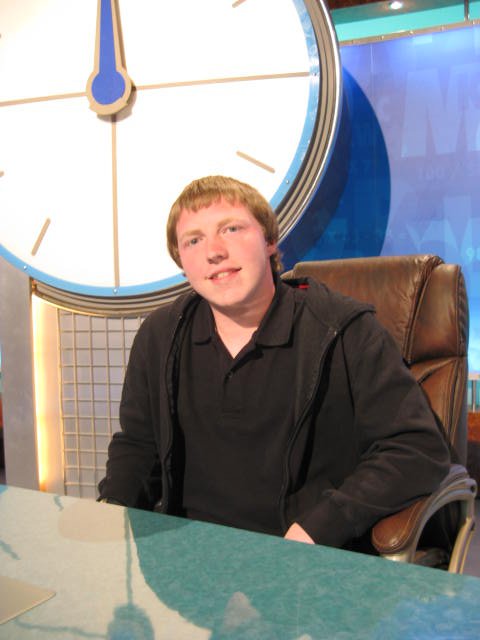 Danny Pledger as they appeared in Series 62.

Danny Pledger was an octochamp in Series 62. Their mother, Cheryl Cutler, appeared as a contestant in Series 64.

Pledger's total of 635 points was the lowest for an octochamp in the 15-round era until Steven Turnbull broke it with 619 in Series 80. Pledger returned for the finals as the No. 2 seed, but was ousted by No. 7-ranked Nicki Sellars in the second quarter-final – the first of four "upsets" to the seeding in the finals stages.

Retrieved from "https://wiki.apterous.org/Danny_Pledger"
Categories: Contestants in Series 62 | Teapot owners | Octochamps of the 15 round era | Finalists