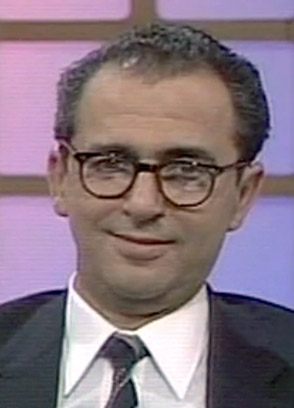 Goldman in the first ever edition of Countdown.

Michael Goldman was a contestant in Series 1. He was a solicitor from London.

An ABSP Scrabble player (he won the National Scrabble Championship in 1977) he was one of the first two contestants to appear on the show. He ran out the winner 50 – 27 and continued to play in 5 more shows, and was thusly the first Countdown champion, and the first player to win multiple shows. His third show, against Bill Benson, ended in the first ever draw.