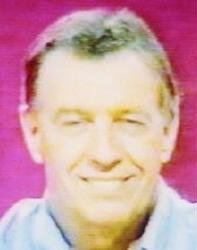 Ray McPhie was an octochamp in and the champion of Series 37, as well as a participant in Championship of Champions IX.

He first appeared on Countdown on 21 November 1997, beating Ricky Zinger 45 – 34 in the 40th heat game of Series 37. McPhie won a further seven games to become an octochamp, with a points total of 416. ray thusly returned for the final rounds as #2 seed, where he beat Ricky Zinger a second time in the quarter-finals, and Ruth Collier in the semi-finals. In the final against Christine White, McPhie led by a mere seven points going into the conundrum. Neither player was able to unscramble DIRETHUMP in the time, however, so Ray ran out the 86 – 79 winner and the 37th champion of Countdown.

McPhie returned at the start of 1998 for Championship of Champions IX where, despite being the only undefeated player in the championship, he was beaten in the first round by James Martin. Ray would return to Countdown one last time, though, to record a special game, a rematch of his final against Christine White. Once again, Ray would emerge on the winning side, this time winning 104 – 89.