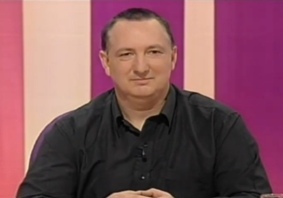 Andrew "Andy" Naylor was a contestant in Series 49 and an octochamp in and the runner-up of Series 70, one of the few non-Apterites to have made a series final since Apterous was founded.

Naylor began his run with a victory over three time winner Brett Davids and scored four centuries to achieve 781 points. After defeating Bobby Banerjee in the quarter-final, he faced number 2 seed Samir Pilica in the semi-final, who he defeated thanks to a strong finish and a 6 small numbers game in round 14. In the final against Mark Murray, Naylor instantly went 18 points behind when Murray spotted ELONGATES, and was unable to keep up, finding himself over 50 points behind at the second ad break. He made a comeback in the third period, but ultimately lost 105 – 70.

For reasons unknown, Naylor was apparently not invited to Championship of Champions XIV, with Murray and Pilica chosen as the only representatives of Series 70.