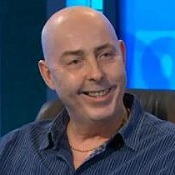 Philip Jarvis was a contestant in Series 47 and 68. In his original appearance, he was narrowly defeated by Kevin Thurlow, but he reapplied and began a new run more than ten years later (similarly to Series 66 semi-finalist Peter Lee, who also lost to Kevin Thurlow). He equalled the number 8 seed Peter Fenton in terms of wins, but missed out on being invited back for the finals by seven points, Jarvis scoring only 255 to Fenton's 262.

He made his Co-event debut at COHUD in 2012. He also appeared on the show on Monday 19 November 2012 as the audience member who solved the conundrum. His statement "it's KNACKERED, Nick" and Hewer's response prompted raucous laughter from the audience.