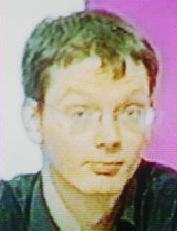 Jack Welsby was an octochamp in Series 52.

He won all 8 of his heats with some excellent performances, and relieved many viewers by beating Jon Stitcher in his first game. He only failed to score 100 points in two games, against Joseph Bolas and Alan Cusack.

Returning for the series finals, he comfortably beat David Thirlwall in the quarter-final, before facing Mark Tournoff in the semi. The game started evenly, but Tournoff built up a resounding lead with the nine VERONICAS. However, Welsby fought back with PALMATE and a difficult numbers game, taking it to a crucial conundrum, which Tournoff got.

He was invited back to the Championship of Champions XII and played Jon O'Neill in the first round, narrowly beating him with help from words such as SENARII, TAUTENED and AMOEBAS. However, he came unstuck against Paul Howe in the quarter-final, as Howe spotted the impressive BURGONET to go into the conundrum with a 11 point lead.

Welsby was also joint winner (with David Stedman) of Series 34 on Fifteen to One, and was one time a world record holder for visiting all London Underground stations in the fastest time, beating Robert Robinson. His time of 19 hours, 18 minutes and 45 seconds was beaten by Geoff Marshall & Neil Blake (as a duo) after 2 years, 2 months and 2 days. Another holder of the aforementioned record also appeared on Countdown. He later appeared as a team captain of a team of London Underground enthusiasts on Only Connect.