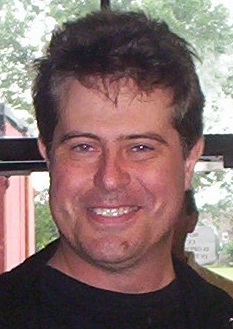 Robert Richland was a finalist in Series 4. He was a computer programmer from Middlesex. His score of 75 in his fourth game was the highest of the series.

Richland had originally been selected to appear in Countdown's 30th Birthday Championship, but was unable to make it to the recordings and thus Darryl Francis took his place.

In 2000, he appeared on Who Wants To Be A Millionaire?, followed by Pointless in 2013 and the short-lived ITV show Go For It in 2016. He also appeared in audience of Judge Rinder with fellow former Countdown contestant Sandie Simonis in 2018. He is also a Scrabble Expert.

His wife Kathy, also a Scrabble player, appeared as a contestant in Series 71, over 30 years after his original appearance. They both appeared on ITV’s Tenable, with Wayne Kelly, on 11 September 2018.