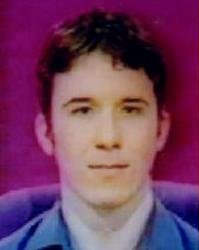 Julian Fell was an octochamp in and the champion of Series 48, and a quarter-finalist in Championship of Champions XI. He is widely considered to be among the greatest Countdowners of all time. He holds a cornucopia of records, including the highest single score in a game of 146 at that time which was later matched a decade later by Conor Travers but never exceeded until Zarte Siempre smashed it with a score of 150 in January 2019, which was then bettered by Elliott Mellor, who scored 152 in May 2019, then by Tom Stevenson with 154 in October 2022. Fell is particularly renowned for his astonishing word knowledge, including definitions, coupled with fast conundrums. He was the third player in history to solve all eight of his preliminary conundrums, after Harvey Freeman and David Williams. His numbers strength is often underestimated in comparison to the other disciplines. A poll of Gevincountdown members in 2003 voted him the greatest player of all time, ahead of Harvey Freeman. His octochamp aggregate score of 924 was a record until Series 60 champion Kirk Bevins beat it by a single point in 2009, and his aggregate series total of 1,307 across 11 games was also a record until Series 69 runner-up Dylan Taylor bettered it by 12 points in 2013. He is also the first player in the history of Countdown to score over 900 points (924) across his 8 heat games.

His debut came on Wednesday 16th October 2002, when as an 18-year old student from York Sixth Form College, he posted an impressive 117. Six more centuries followed, and by the following Friday only Carl McDermott stood between Fell and octochampdom. This game is remembered as one of the greatest drubbings in Countdown history, as Fell racked up 138, winning by 109. His place as No. 1 seed and favourite for the series was assured, and his feat of eight centuries in eight heats has been matched by only a very select group of players.

The quarter-final saw Fell rack up a hefty 125 against 8th seed Mike Brown including the nine WOMANISER to advance comfortably to the next round. In the semi-final, Fell faced Danny Hamilton, finding SALMONIDS, DEPORTING, INGATHERS and DEFLATION to make the then-highest ever score of 146 before the conundrum. With Chris Wills' high score record already surpassed, Fell had his first blank on the conundrum, with THEIRCOPY proving too difficult for either contestant. The final was more closely fought, despite Fell finding a first round winner in MANTICORE. Grace Page played consistently thereafter and the excellent KNITWEAR in Round 9 gave her a chance of a comeback. However the rest of the game produced flat selections and the game was over before the final numbers. Fell ended the series by unravelling APIMOMENT in barely a second.

A few weeks later, he returned to the Leeds studio for Championship of Champions XI. A twelfth consecutive century, this time against Series 42's Terence O'Farrell, eased Fell into the quarter-finals. His match with Series 43 champion Graham Nash was another classic. Both players scored steadily but the game turned on Fell's risky declaration of gambiers ☓, which he knew to be a mass noun plural but believed was likely to be acceptable under the newly revised rules. Susie disagreed — the first time Fell had had a word disallowed. A few points behind going into the crucial conundrum, Nash quickly buzzed with the solution to MENDMEDOC and the game was his — Fell had been felled at last.

Fell returned a few months later to face Series 47 champion Chris Wills in a special episode. The game was close but Fell pulled ahead with GERONTIC in round 12, but was beaten on the last numbers and went into the conundrum trailing 90 – 92. Fell had still scored a century in every game he had played, including his loss to Graham Nash. It was Fell that got the conundrum VIRTUOSIC and continued his run of 14 centuries in 14 games. Overall, he has won 13 games and lost only 1.

Fell also appeared as a contestant on the defunct Channel 5 game show BrainTeaser.

He has since graduated from Magdalene College, Cambridge. A once active member of the online Countdown community, Fell attended the offline tournament CoNot 2008. Soon after, he announced his retirement, citing a lack of motivation.