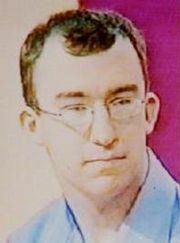 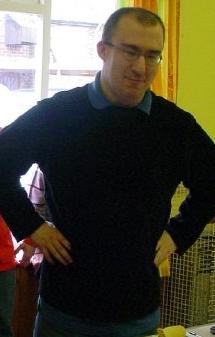 Ben Wilson (born 22 March 1983) was the champion of Series 46, the first in the 15-round format. He was also a quarter-finalist in Championship of Champions XI and a participant in the 30th Birthday Championship. He is an Apterite and a moderator on c4countdown.

His first programme was broadcast on 6 November 2001. He defeated namesake Peter Wilson 101 – 70 in his first show, before winning 5 more games (only 6 wins were needed in the first 15-round series) and becoming one of only five viscounts in Countdown history, famously declaring SEXPOT.

He returned for the series finals as number 1 seed, beating fellow Lincoln resident Simon Cartwright 83 – 68 in the quarter-finals, and Scotland's Paul Ryan 101 – 80 in the semi-finals after a close and tense game. In the grand final on Christmas Day against Steve Sandalls, the scores were level until round 9, but Ben built up a lead of 17 points over the next two rounds with an excellent six-small numbers game, and the word BONNIES. A series of poor rounds, including offering MACE for four, missing GYRATED and making a mistake on the final numbers game put Wilson 1 point behind going into the conundrum, but, he was able to solve the conundrum in 5 seconds to become champion of the 46th series, and the first champion of the 15 round format. Aged just 18 at the time, Ben also has the distinction of being the first ever series champion of Countdown to have been born after the show's debut on Channel 4.

Wilson was invited back for Championship of Champions XI in January 2003, where he was paired against Northern Ireland's Geraldine Hylands in the first round. Wilson scraped through, winning 94 – 91, but was ultimately beaten in the quarter-finals of the tournament by Tom Hargreaves, by a score of 131 – 98. At the time, this game set the record for highest aggregate score in a 15-round game (229), and 98 still remains one of the highest losing score of all time. Thr aggregate record was not broken until the following Championship of Champions tournament when Mark Tournoff beat Matthew Shore by 124 – 117. His own record of his experience on the show can be read on The Countdown Page here.

Wilson would later have a brief cameo on the show at the end of the semi-final between Chris Cummins and Adam Laws as the member of the audience who solved the conundrum after neither player was able to unscramble it.

He returned to Countdown in 2013, as one of 41 contestants taking part in the 30th Birthday Championship. He faced a tough draw in the preliminary round, facing history-making Series 54 champion Conor Travers. In the match, Wilson took a 6-point lead with STOTTY in the second round but quickly lost his lead to Travers’s play of FLORUITED, and lost by a score of 117 – 91. Travers went on to win the championship.

Wilson is organiser of COLIN, the first annual Countdown tournament (and in 2011 played in his own tournament), as well as the three CoNot events. He also visited the Edinburgh Countdown Club in late 2003, CoBris 2005, CoBris 2007, CoLei 2008, CoLei2, Co:Lon 2010, the CoLei Summer Special, Co:Lon 2011, CobliviLon, COEDI, and was the winner of the first ever CoRed tournament in March 2007.

Away from Countdown, Wilson took up Scrabble after his penultimate Countdown appearance. He's an Association of British Scrabble Players member and won his first tournament, Peterborough, in March 2008.

In 2019, Wilson took over from Stewart Holden as the compiler of the Countdown puzzle calendar.